Peter M—rters is Professor of Probability and ESPRC Advanced Research Fellow at the University of Bath. His research on Brownian motion includes identification of the tail behaviour of intersection local times (with K—nig), the multifractal structure of intersections (with Klenke), and the exact packing gauge of double points of three-dimensional Brownian motion (with Shieh). 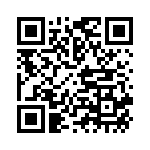