The Meaning of Night: A Confession was every bit the Victorian mystery that it proclaimed itself to be on the book cover. Chock full of suspense, romance, intrigue, and heartbreak! The only complaint ... Read full review

I think readers who love Wilkie Collins’ The Woman in White or Michel Faber’s Crimson Petal and the White will also love this one. Cox skillfully provides readers with a revenge mystery not only set ... Read full review

Michael Cox was born on August 30 1948 in Northamptonshire, England. In 1989 he started work at the Oxford University Press. In 1983, Cox published his first book, a biography M. R. James, a Victorian ghost story writer. Between 1983 and 1997 he compiled and edited several anthologies of Victorian short stories for Oxford University Press. His first novel, The Meaning of Night, was published in 2006. Michael Cox died of cancer on March 31, 2009. 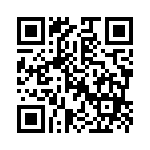