Isaiah Berlin was a Fellow of All Souls and New College, Professor of Social and Political Theory, and founding President of Wolfson College. He also held the Presidency of the British Academy. He died in 1997. Henry Hardy is a Fellow of Wolfson College, Oxford, and is one of Isaiah Berlin's Literary Trustees. He has edited several other books by Berlin, and is currently preparing his letters and his remaining unpublished writings for publication. 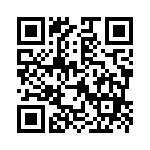