Contemporary accounts and chronicles of certain periods have always fascinated me. Many manuscripts and works are unknown to me and I am always on the lookout for new ones. Most I aquire and read are ... Read full review

Sumner Willard, former professor at the U. S. Military Academy, West Point, was best known for his translation of J. F. Verbruggen's The Art of Warfare in Western Europe During the Middle Ages (1977; revised edition, Boydell, 1997).

Charity Cannon Willard is the preeminent Christine de Pizan scholar in the United States. She has translated Christine's A Medieval Woman's Mirror of Honor: The Treasure of the City of Ladis (1989) and written a biography, Christine de Pizan: Her Life and Works (1984). 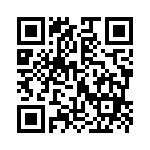