'They come as a warning, and grow louder by the day, ' says Billy Graham, who equates the ancient symbols with the modern terrors that pursue us: war, violence, deception, economic chaos, unemployment ... Read full review

Billy Graham's preaching became famous for it's apocolyptic flavor and verve; here Graham began to tonedown some of his rhetoric from fear mongering into actual theological thoughtfulness on eschatology. Read full review

William Franklin Graham Jr. was born near Charlotte, North Carolina on November 7, 1918. In 1934 at the age of 16, he was saved by Rev. Mordecai Ham, an itinerant preacher from Kentucky. Graham graduated from the Florida Bible Institute in 1940 and received a bachelor's degree in anthropology from Wheaton College in 1943. After graduation from Wheaton College, he married fellow student Ruth McCue Bell, the daughter of a missionary surgeon. Graham was ordained to the ministry by a church in the Southern Baptist Convention in 1939. He was the Pastor of the First Baptist Church in Western Springs, Illinois from 1943-1945. In 1943, he took over the radio program Songs in the Night, a Sunday hour of sermonizing and gospel singing broadcast by a Chicago radio station. He was also Charter Vice President for Youth for Christ International in Chicago, Illinois from 1945-1950 and the President of Northwestern Schools from 1947-1952. In 1950, he founded the Billy Graham Evangelistic Association in Minneapolis and began the weekly Hour of Decision radio program. Graham wrote numerous books including Peace with God, World Aflame, Just As I Am, The Reason for My Hope: Salvation, and Nearing Home: Life, Faith, and Finishing Well. He won several awards including the ECPA Platinum Book Award for Angels: God's Secret Agents, the ECPA Gold Book Award for The Holy Spirit, and the ECPA Gold Book Award for Approaching Hoofbeats: The Four Horsemen of the Apocalypse. He was honored for his work on behalf of the welfare of children, his efforts to foster better understanding among all faiths, his contributions to race relations, and his contributions to the cause of freedom. He received numerous awards throughout his career including the Distinguished Service Medal from the Salvation Army, the Presidential Medal of Freedom in 1983, and the Congressional Gold Medal. He died on February 21, 2018 at the age of 99. 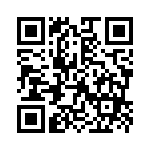