This book unfortunately has a misleading title, as it is much more about history than about diplomacy itself. But that is not necessarily a problem, as it still has a lot to offer. Henry Kissinger ... Read full review

Do not take seriously any economist, historian, diplomat speaking on the 20th century or the current state of the nations who has not read this book! Of course, many may not agree with some of ... Read full review

Henry Kissinger was the fifty-sixth Secretary of State. Born in Germany, Dr. Kissinger came to the United States in 1938 and was naturalized a US citizen in 1943. He served in the US Army and attended Harvard University, where he later became a member of the faculty. Among the awards he has received are the Nobel Peace Prize, the Presidential Medal of Freedom, and the Medal of Liberty. Dr. Kissinger is currently Chairman of Kissinger Associates, Inc., an international consulting firm. 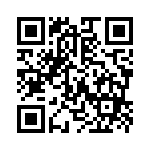