Michael Marshall is a science writer interested in life sciences and the environment. He has a BA and MPhil in experimental psychology from the University of Cambridge and an MSc in science communication from Imperial College, London. He has worked as a staff journalist at New Scientist and the BBC. Since 2017 he has been a freelance writer, published by outlets including BBC Future, the Observer, Nature, New Scientist, and the Telegraph. In 2019 he was shortlisted for News Item of the Year by the Association of British Science Writers. He lives in Devon, UK, with his wife and daughter. 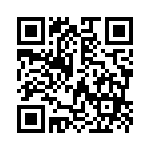