A wonderful addition to both my sporting and Great War collections of books. This is a worthy memorial to the cricketers for whom close of play came far too early.

Andrew Renshaw is a journalist and a former editor of local newspapers in Hampshire and Surrey. He has contributed to Wisden Cricketers' Almanack, has collected Wisden for fifty years and was co-author of The Wisden Collector's Guide (2011). He is a Vice-President of Hampshire CCC and President of Eversley Cricket Club in Hampshire, where he played for 25 years. 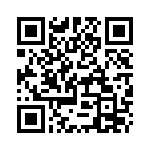