"Waller’s conclusion is important and thought-provoking for everyone working in the discipline of children’s and young adult literature: ‘The tensions have not yet generated narratives that explore the realm of adolescence without recourse to the teleology of development and adulthood, but they do perhaps hint at an embedded appreciation that adulthood itself is neither universal nor unified and may itself be constantly shifting, often unfulfilled, and in a constant state of becoming’ (196). At a time when fantasy dominates the international literary and cultural scene, especially in the field of crossover fiction, Constructing Adolescence in Fantastic Realism provides a solid stepping stone for further research and should generate much worthwhile debate."
Petros Panaou (University of Nicosia, Cyprus), International Research in Children's Literature
++
"Through the hard and wide-ranging work of describing this subgenre and the ways it echoes the dominant culture’s models of adolescence, Waller has provided an important tool for thinking about adolescent fantasy and its—often failed—potential."
Joe Sutliff Sanders (California State University, San Bernardino) The Lion and the Unicorn
++
"The convincing argumentation and the wide range of primary and secondary sources discussed, make this study an interesting contribution to the study of a sub-genre that has not yet been analyzed in depth."
Claudia Söffner, Bookbird: A Journal of International Children's Literature.
++
"Overall, and with the inclusion of carefully chosen and useful examples,
Waller advances a cogent argument that the discursive frameworks employed
in the book both describe ways of thinking about young people and help to
construct a concept of adolescenc"
Barbara Henderson (Newcastle University) International Research in Children's Literature

Alison Waller is a lecturer in Children’s Literature at Roehampton University. An expert on young adult fantastic realism, she also has interests in supernatural literature and creative writing. Her publications include articles on Robert Cormier, Margaret Mahy and J. D. Salinger, and on the role of memory and emotion in rereading children’s literature. 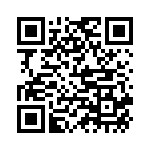