Tom Wolfe grew up in Richmond, Virginia, and graduated from Washington and Lee University. He received his doctorate in American Studies from Yale University. Mr. Wolfe worked as a reporter for the Springfield Union, The Washington Post, and the New York Herald Tribune. His writing has also appeared in New York magazine, Esquire, and Harper's
.
In 1965 he published The Kandy-Kolored Tangerine-Flake Streamline Baby, and in 1968 The Pump House Gang and The Electric Kool-Aid Acid Test were published simultaneously. Radical Chic and Mau-Mauing the Flak Catchers was published in 1970.

In 1975 Wolfe published The Painted Word, an incandescent, hilarious look at the world of modern art; it caused as much controversy as anything Mr. Wolfe has written. Mauve Gloves and Madmen, Clutter and Vine, a collection of essays, was published in 1976.

The Right Stuff, a national bestseller published in 1979, won the American Book Award for general nonfiction. The American Academy and Institute of Arts and Letters named Mr. Wolfe as recipient of the Harold D. Vursell Memorial Award for distinguished service in the field of journalism. From Bauhaus to Our House, his distinctive look at contemporary architecture, was published in the fall of 1981 and became another national bestseller; in 1982 he published The Purple Decades: A Reader. Mr. Wolfe's novel The Bonfire of the Vanities was published in 1987, and went on to become one of the top ten bestselling books of the decade. 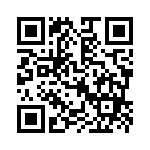