Sir Michael Tippett was educated entirely in England. He has been very involved with political and social events but has maintained his well-developed neoromantic style of composition. For example, his oratorio A Child of Our Time (1939--41) was inspired by the case of a Jewish boy, who in 1938 assassinated a member of the German embassy in Paris. Tippett also possesses a fine literary gift; he writes the librettos for his operas and oratorios. He is an inheritor of the best British tradition of composing understandable but deeply emotional music. 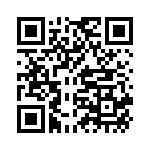