DeWitt Stanton Williams served as the associate director of health for the Health/Temperance Department at the General Conference from 1983 until 1990, and then as director of health for the North American Division from 1990 until he retired in 2010 after forty-six years of service to the Adventist Church. While serving at the GC, Williams lectured in more than 100 countries, wrote articles about the importance of good health, and talked to young people about the dangers of drugs. Before his appointment to the Health/Temperance Department, Williams held positions as pastor in the Southwest Region Conference; department secretary for the Congo Union, Africa; president of the Central Africa Union; and assistant and associate director of the General Conference Department of Communications.

In addition to Highly Committed, Williams has written four other books, three of which were co-authored with other Adventist authors. In addition to writing and volunteering on numerous boards, Williams finds time to stay fit. He is an avid exerciser and has run in several marathons.

Williams is a graduate of Oakwood University and Andrews University, and he was ordained a Seventh-day Adventist minister in Oklahoma City in 1967. Furthermore, he earned his doctor of education degree from Indiana University in 1975 and his master of public health from Loma Linda University in 1985. 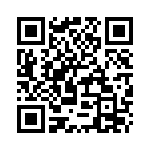