Page 440
The poet conveys this by bringing the elements of nature together in pairs : daffodils and wind ( stanza 1 ) ; daffodils and flowers , daffodils and stars ( stanza 2 ) ; water and wind ( stanza 3 ) . Nature and man come together ...
Page 621
For nature then ( The coarser pleasures of my boyish days , And their glad animal movements all gone by ) To me was all in all . — I cannot paint What then I was . The sounding cataract Haunted me like a passion ; the tall rock ...
Page
She prizes the majesty and mystery of nature , and she values the weasel's relentlessness , along with its consistency , predictability , and reliance on instinct . She implies that the simplicity , purity , and elementary fierceness of ...

84 other sections not shown

Robert DiYanni received a B.A. from Rutgers University in 1968 and a Ph.D. from the City University of New York in 1976. He has taught at Queens College of the City University of New York, New York University, Harvard University, and Pace University. He has written articles and reviews on various aspects of literature, composition, and pedagogy. He has written numerous books including The McGraw-Hill Book of Poetry, Women's Voices, Like Season'd Timber: New Essays on George Herbert, and Modern American Poets: Their Voices and Visions. 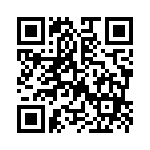