Roger Parker is Professor of Music and Fellow of St. Hugh's College, Oxford. He is the founding coeditor of the Cambridge Opera Journal and the Donizetti Critical Edition, and the author of several books and articles on nineteenth-century Italian opera. He is the coeditor, with Arthur Groos, of Reading Opera (Princeton). 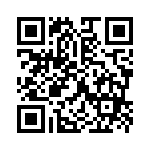