The Battle of Waterloo in 1815 is considered a key moment in European history, even outside of this bicentenary year. Napoleon was defeated and Britain, rightly or wrongly, was established as a major ... Read full review

Tim Clayton was educated at Cambridge University where he specialised in the graphic satire of James Gillray. He is the award winning and bestselling author of a number of books on naval and military history, including the winner of the 2008 Mountbatten Literary Award, Tars, and the critically acclaimed Trafalgar. Tim is also an Associate Fellow of the University of Warwick and a Fellow of the Society of Antiquaries. He is currently working at the British Museum as co-curator of the exhibition Bonaparte and the British, which will be shown in 2015 to mark the 200th anniversary of the Battle of Waterloo. 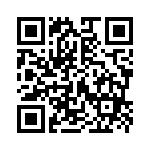