THE GARDEN OF MARTYRS

A historical thriller about two real-life Irish Catholics who were arrested for a brutal murder in early 19th-century Boston.The great flood of Irish immigration has barely begun in 1805, but New ... Read full review

This is an outstanding novel about a not often written about time in the growth of the United States. It is a study in prejudice, persecution and hatred against foreigners immigrating to the Boston ... Read full review

Michael C. White is an author of mystery fiction. In 1996 he published A Brother’s Blood, about a German POW whose death in the waning days of World War II is investigated by his brother some five decades later. A critical success, it set the tone for White’s novels to follow: literary mysteries that often draw on forgotten pieces of history to address what it means to be human. He has written about the Civil War in Soul Catcher (2007) and the Russian side of World War II in Beautiful Assassin (2008).

When not writing, White teaches fiction workshops at Fairfield University and the University of Southern Maine. He lives and writes by a lake in Guilford, Connecticut. 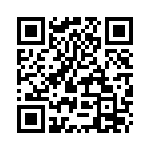