Wavered on the star rating for this one, but I'll go with four stars, since it was the reading experience and not the book itself I had trouble with. I read it as an ebook, and it just didn't ... Read full review

Worth it for the description of Treblinka alone. As difficult as it was to read, I can't even imagine the interviews and first-hand reporting that went into writing that piece. The eastern fronts have always been neglected, hopefully this will help to rectify that state of affairs. Read full review

Vasily Grossman was born in 1905 in the Ukrainian town of Berdichev. In 1941, he became a war reporter for the Red Army newspaper, Red Star, and came to be regarded as a legendary war hero, reporting on the defence of Stalingrad, the fall of Berlin and the consequences of the Holocaust. Life and Fate, the masterpiece he completed in 1960, was considered a threat to the totalitarian regime, and Grossman was told that there was no chance of the novel being published for another 200 years. Grossman died in 1964.

Antony Beevor first came across the notebooks of Vasily Grossman when working on his boook Stalingrad, which won the Samuel Johnson Prize, the Wolfson Prize for History and the Hawthornden Prize. He has also written Berlin: The Downfall 1945, which has been translated into twenty-five languages, and most recently, The Mystery of Olga Chekhova. He is currently the chairman of the Society of Authors.

Dr Lyubov Vinogradova is a researcher, translator and freelance journalist, studied biology at university in Moscow, as well as taking degrees in English and German. She received a PhD in microbiology in 2000. She has worked with Antony Beevor for the last ten years on his three most recent books as well as with other British and American historians. 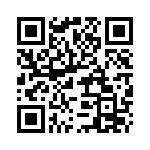