This book introduces the reader to the science behind the early human habitation of Britain by putting the people into their individual contexts of climate and the depending geography, fauna and flora ... Read full review

Chris Stringer is Britain's foremost expert on human origins and works in the Department of Palaeontology at the Natural History Museum. He also currently directs the Ancient Human Occupation of Britain project, aimed at reconstructing the first detailed history of how and when Britain was occupied by early humans. His previous books include African Exodus: The Origins of Modern Humanity and The Complete World of Human Evolution. 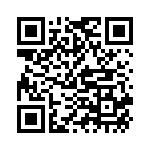