Anthony Emery, FSA, was a founder commissioner of English Heritage, 1984–90, and chairman of the Bath Archaeological Trust, 1994–2001. His business career was spent as chairman or senior director of several companies of Reed International plc, 1975–88. His previous publications include the monograph Dartington Hall (Oxford University Press, 1970) and the three-volume series, Greater Medieval Houses of England and Wales, 1300–1500. Anthony Emery lives in the Cotswolds near Bath and is now researching a modest architectural study on centres of power in England and Europe during the Hundred Years' War. 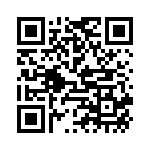