Steve Silberman worked as an editor and writer for Wired magazine for 14 years. His articles have appeared in several publications including the New Yorker, the MIT Technology Review, Nature, Salon, Shambhala Sun, and Time. In 2010, he received the Kavli Science Journalism Award for Magazine Writing. In 2011, Silberman's twitter account made the list of Time magazine's best twitter feeds. His TED talk, The Forgotten History of Autism, has been viewed more than 800,000 times and has been translated into 13 languages. His book, NeuroTribes: The Legacy of Autism and How to Think Smarter about People Who Think Differently, won the Samuel Johnson Prize in 2015.

Oliver Sacks was born in London, England on July 9, 1933. He received a medical degree from Queen's College, Oxford University and performed his internship at Middlesex Hospital in London and Mount Zion Hospital in San Francisco. He completed his residency at UCLA. In 1965, he became a clinical neurologist to the Little Sisters of the Poor and Beth Abraham Hospital. His work in a Bronx charity hospital led him to write the book Awakenings in 1973. The book inspired a play by Harold Pinter and became a film starring Robert De Niro and Robin Williams. His other works included An Anthropologist on Mars, The Mind's Eye, The Man Who Mistook His Wife for a Hat, Uncle Tungsten, Musicophilia, A Leg to Stand On, On the Move: A Life, and Gratitude. In 2007, he ended his 42-year relationship with the Albert Einstein College of Medicine to accept an interdisciplinary teaching position at Columbia. In 2012, he returned to the New York University School of Medicine as a professor of neurology. He died of cancer on August 30, 2015 at the age of 82. 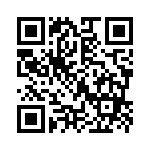