Billy Graham, prominent evangelist, is reintroduced here for the important role he played in creating the latter-day American South. Miller studies Graham's behavior and rhetoric within the ... Read full review

Steven P. Miller earned his Ph.D. degree in history from Vanderbilt University. He has taught at a number of institutions, including Washington University, Webster University, and Goshen College. 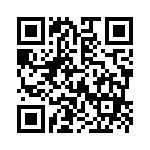