Patrick Porter is Chair in International Security and Strategy at the University of Birmingham. He is a Fellow at the Royal United Services Institute. 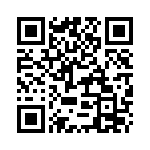