Page 14 - I do verily believe that the time will come when carriages propelled by steam will be in general use, as well for the transportation of passengers as goods, travelling at ihi rate of fifteen miles an hour, or 300 miles per day'.
Appears in 37 books from 1813-2006

H. Roger Grant is professor of history at Clemson University. He is a specialist in American transportation history. Some of his recent books include histories of the Erie Lackawanna, Chicago & North Western and Wabash railroads and he is completing a book-length study of the Georgia & Florida Railroad. 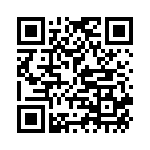