BRIAN J. ROBB is the New York Times and Sunday Times bestselling biographer of Leonardo DiCaprio, Johnny Depp and Brad Pitt, the author of acclaimed books on silent cinema, the films of Philip K. Dick and Doctor Who and co-editor of the Sci-Fi Bulletin website. 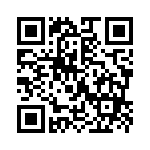