I liked the background theme more than the primary story. Luckily the background story filled the first half of the book. It covered a lot of what happened in a society where children could no longer ... Read full review

Enjoyable tale, not sure how I feel about the end. Mankind has become sterile. No more children. Set in England they face a dying civilization. Read full review 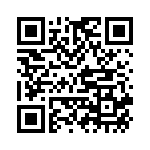