This book, while engaging in several rants, still makes extremely valid points about the necessity for functionality (which includes aesthetics) in design. I had to read this for my architecture studio. I recommend it, for it is good to be familiar with the ideas even if you don't endorse them.

A classic book on practical design. After reading it, I started looking at all things man-made, in a different light. Read full review

Although most of Dr. Papanek's work had been in product design, his background included architecture and anthropology. He taught or chaired departments at universities in Canada, the United States, Denmark, Sweden and England. In recognition of his work to create a closer understanding between the impoverished Third World and technologically advanced countries, he was nominated for the Alternative Nobel Prize. In 1981 he received the ICSID/Kyoto Honours Award for his development of a communications device for the governments of Tanzania and Nigeria. He was also senior design consultant to Volvo of Sweden, to the government of Papua New Guinea and to a medical lighting firm in Australia. From 1981 he was permanent J.L. Constant Distinguished Professor at the School of Architecture and Urban Design at the University of Kansas in Lawrence. Dr. Papanek died in 1998. 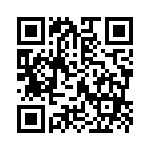