After graduating from City College of New York in 1908, Fleischer worked for the New York Press while studying at New York University. He served as the sports editor of the Press and the Sun Press until 1929.

Encouraged by Tex Rickard, he inaugurated The Ring magazine in 1922. In 1929 Fleischer acquired sole ownership of the magazine, which he led as editor in chief for fifty years, until his death in 1972.

In 1942, Fleischer began to publish the magazine’s annual record book and boxing encyclopedia, which was published until 1987. In addition, Fleischer wrote several other books about the lives of some world champions and about boxing history.

Fleischer contributed to the founding of the Boxing Writers Association of America (BWAA) and was twice presented with its James J. Walker Award. After Fleischer’s death, the BWAA named an award after him. Fleischer was inducted into the International Boxing Hall of Fame in 1990. 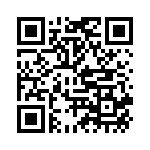