I'm not sure exactly what I've just read but I found it enjoyable and engaging and thus a fast read. Some of the autobiographical bits made me feel awkward reading them as they felt fairly intimate ... Read full review

A timequake throws the universe backwards and everyone has to relive the years 1991 to 2001, including the hero, a science fiction writer. By and large, people are not pleased by the development. Read full review

Kurt Vonnegut was a master of contemporary American literature. His black humor, satiric voice, and incomparable imagination first captured America’s attention in The Sirens of Titan in 1959 and established him, in the words of The New York Times, as “a true artist” with the publication of Cat’s Cradle in 1963. He was, as Graham Greene declared, “one of the best living American writers.” Mr. Vonnegut passed away in April 2007. 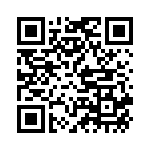