Page 83
453 In one of these fables , Nashe tells how the herring became “ King of all
fishes . ” According to the story , a falcon , which had escaped from confinement
on its passage from Ireland to England , not finding its ordinary prey , struck at a
fish ...
Page 84
All the fishes saluted the herring with " Viue le roy , God saue the King , . . . saue
only the Playse and the Butte , that made wry mouthes at him , and for their
mocking haue wry mouthes euer since . ” The herring " euer since weares a
coronet ...
Page 86
The war between the birds and the fishes in the first fable and the herring ' s
changing its color from white to red in the second , which may be regarded
almost as a continuation of the first , seem to suggest , however vaguely , the
Wars of the ... 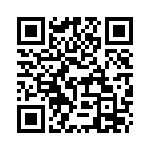