Dr Jonathan Oates has had a life-long interest in the Jacobite rebellions, which was consolidated by an undergraduate thesis and a PhD. He has published over thirty articles about Jacobitism and the Jacobite rebellions of 1715 and 1745, principally concerning England and military matters. He has had three books published about the Jacobite rebellions, The North West of England and the Jacobite Invasion of 1745 (2006), Sweet William or the Butcher? The Duke of Cumberland and the ’45 (2008) and The Jacobite Campaigns (2011). He has also edited a text concerning the Liverpool Volunteers during the 1745 Rebellion (Record Society of Lancashire and Cheshire, 2006) and is currently editing the Duke of Cumberland’s correspondence, 1745-1748 for the Army Records Society. 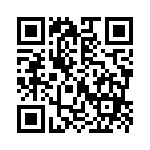