Thomas E. Jenkins holds a Ph.D. in classical philology from Harvard University, Massachusetts, and is Professor and Chair of the Department of Classical Studies at Trinity University, Texas. He has published widely on classical texts, including his book Intercepted Letters: Epistolarity and Narrative in Greek and Roman Literature (2006), as well as articles on Ovid, Euripides, Homer, and especially classical reception. He has been a Fellow of the Center for Hellenic Studies in Washington, DC, and winner of the inaugural Paul Rehak Award for his article on Lucian's Dialogues of the Courtesans. In 2013, Jenkins premiered a new stage version of Plautus' The Haunted House at the Overtime Theater in San Antonio, Texas. 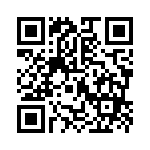