I'LL TAKE YOU TO MRS COLE!

Whenever a young black boy makes a mess, his mother threatens to take him to Mrs. Cole's ramshackle house. One day, disinclined to do his chores, he runs away and ends up (after some trepidation) at ... Read full review

Nigel Gray was born in a farm shed in Ireland. At twelve months old, during the Second World War, he was taken to England and never saw his father, nor brother and sister again. He went into a series of foster homes, a children's home, and later lived with his mother. Gray left school only semi-literate, and became involved in petty criminality. He planned to work his way overland to Australia and spent two years travelling and working in ten European countries. He became an anarchist, was involved in numerous political causes, was arrested many times, locked up on a number of occasions, and deported for political offences from four countries. Gray worked as an unskilled manual worker for eleven years, but earned a B. A. in English and Politics, and an M. A. in Creative Writing from British universities in the process. He went to South East Asia as part of a non-violent action group in 1967 to oppose the American War, was involved in civil unrest in several countries in 1968, worked for the Northern Ireland Civil Rights Campaign in 1972, and visited South Africa to oppose apartheid, as well as some of the Soviet Bloc countries. Gray began writing when he was in prison in Thailand. He began with performance poetry, and went on to write non-fiction, and then stories, novels, plays, and children's books. He set up a commune in Cumbria, did work for People Not Psychiatry, and established a major Arts Festival. Gray has been writing professionally for thirty years, and has more than sixty books published, in twenty-six countries and twenty-four languages, winning various awards and honours. Gray finally arrived in Western Australia in 1988, over twenty years later than he'd intended, having migrated under the special category of artists and sports people of international reputation, and has been an Australian citizen since 1990. He is a member and a past president of his branch of PEN, the writers' organization with special concern for writers throughout the world who are in imprisoned or persecuted. With respected literary critic and poet David Craig, Gray founded and edited the literary magazine Fireweed, which was published quarterly from 1974 to 1978. As a photographer, he has had work published and exhibited. North West Arts mounted a one-person exhibition of his photographs in 1977. Gray has also acted in the role of Joe Malik in Ken Campbell's epic production of Illuminatus, which opened in a warehouse Liverpool in 1976 and then moved to The Micky Theatre, Amsterdam, and the National Theatre, London in 1977. Gray has taught Literature courses for The University of Liverpool; The University of Lancaster; and The Worker's Education Association. He has taught Creative Writing courses for The University of Liverpool; The University of Leicester; The University of Western Australia; The Worker's Education Association; The Arvon Foundation; The Katherine Susannah Pritchard Foundation; and The Northampton Arts Centre. He has also taught numerous writing workshops in schools, colleges, universities, libraries, arts centers, writer's centres, centres for the unemployed, and prisons. Gray received the following writing fellowships in the course of his career, including, in the UK: East Midlands Arts 1977/79; Northampton Development Corporation 1979/80; C Day Lewis Fellowship, London 1980/81; and Eastern Arts 1981/82. In Australia he received: the WA College of Advanced Education 1988; Shire of Kalamunda 1989/1990; Edith Cowan University 1990 and 1994; and Katharine Susannah Prichard Foundation 1992. Gray has also received The Dickens Fellowship Award, and The Irish Post Award for Literature. His books have won four major international awards, been shortlisted for thirteen more, and have picked up sixteen further honours in Australia, Europe and the United States.

Michael Foreman was born in Pakefield, Suffolk on March 21, 1938. At the age of fifteen, Foreman began to study art. His first children's book was published while he was still a student. He earned his M. A. from the Royal College of Art and since then, has written and/or illustrated many children's books. After leaving art school Michael traveled all over the world making films and television commercials. He has also worked on magazines, book jackets, animated films, and TV ads. He even worked for the police, sketching criminals described by witnesses. Foreman has won the Kate Greenaway Award twice, the Smarties Book Prize, The Kurt Maschler Award, the Children's Book Award, the Bologna Book Prize and the Francis William's Illustration Award twice. 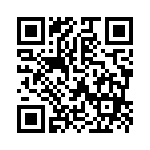