\Kenneth D. Wald is Distinguished Professor of Political Science at the University of Florida, Gainesville. He is co-editor of the Cambridge University Press Series, 'Religion, Politics, and Social Theory,' and a member of the editorial board of the Journal for the Scientific Study of Religion. Allison Calhoun-Brown is associate professor of political science at Georgia State University. Her research and teaching interests include public opinion, religion and politics, and African American politics. She is a past chair of the Religion and Politics section of the American Political Science Association and has published her research in journals such as American Politics Quarterly, The Journal of Politics, and the Journal for the Scientific Study of Religion. 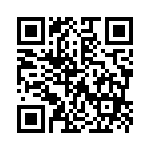