Walter Scott was born in Edinburgh, Scotland on August 15, 1771. He began his literary career by writing metrical tales. The Lay of the Last Minstrel, Marmion, and The Lady of the Lake made him the most popular poet of his day. Sixty-five hundred copies of The Lay of the Last Minstrel were sold in the first three years, a record sale for poetry. His other poems include The Vision of Don Roderick, Rokeby, and The Lord of the Isles. He then abandoned poetry for prose. In 1814, he anonymously published a historical novel, Waverly, or, Sixty Years Since, the first of the series known as the Waverley novels. He wrote 23 novels anonymously during the next 13 years. The first master of historical fiction, he wrote novels that are historical in background rather than in character: A fictitious person always holds the foreground. In their historical sequence, the Waverley novels range in setting from the year 1090, the time of the First Crusade, to 1700, the period covered in St. Roman's Well (1824), set in a Scottish watering place. His other works include Ivanhoe, Rob Roy, and The Bride of Lammermoor. He died on September 21, 1832.

Andrew Lang was born at Selkirk in Scotland on March 31, 1844. He was a historian, poet, novelist, journalist, translator, and anthropologist, in connection with his work on literary texts. He was educated at Edinburgh Academy, St. Andrews University, and Balliol College, Oxford University, becoming a fellow at Merton College. His poetry includes Ballads and Lyrics of Old France (1872), Ballades in Blue China (1880--81), and Grass of Parnassus (1888--92). His anthropology and his defense of the value of folklore as the basis of religion is expressed in his works Custom and Myth (1884), Myth, Ritual and Religion (1887), and The Making of Religion (1898). He also translated Homer and critiqued James G. Frazer's views of mythology as expressed in The Golden Bough. He was considered a good historian, with a readable narrative style and knowledge of the original sources including his works A History of Scotland (1900-7), James VI and the Gowrie Mystery (1902), and Sir George Mackenzie (1909). He was one of the most important collectors of folk and fairy tales. His collections of Fairy books, including The Blue Fairy Book, preserved and handed down many of the better-known folk tales from the time. He died of angina pectoris on July 20, 1912. 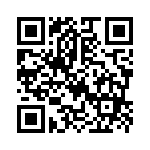