COLIN CROUCH is Professor of Governance and Public Management at Warwick Business School, Fellow of the British Academy, and expert consultant to the Directorate for Public Governance and Territorial Development, OECD. His previous publications include Post-Democracy. 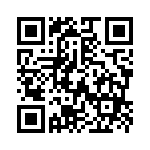