Karol B. Wight is senior curator of Antiquities at the J. Paul Getty Museum and coauthor of Looking at Glass: A Guide to Terms, Styles, and Techniques (Getty Publications, 2005). 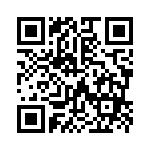