Dr. Gary Schneider is currently an Associate Professor in the Department of Literatures and Cultural Studies at the University of Texas-Rio Grande Valley in Edinburg, Texas. He earned his Ph.D. in English from Wayne State University in 2001 and has published a number of articles and book chapters on early modern letters and letter writing as well as a monograph entitled The Culture of Epistolarity: Vernacular Letters and Letter Writing in Early Modern England, 1500-1700 (2005). 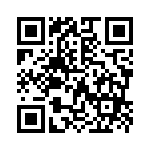