Maxwell A. Cameron is the Canadian Bicentennial Professor at Yale University's Center for International and Area Studies and Professor and Director of Graduate Studies in the Department of Political Science at the University of British Columbia. Brian W. Tomlin is Professor of International Affairs and Director of the Centre for Negotiation and Dispute Resolution at Carleton University. Both have published several other books. They are coeditors of To Walk without Fear: The Global Movement to Ban Landmines. 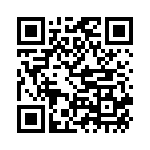