Michael Kenny is the recipient of a Major Research Fellowship awarded by the Leverhulme Trust, 2012-14. He has previously worked as Lecturer in Politics at Queen's University, Belfast, and was Professor, and Head of Department, in Politics at the University of Sheffield, and is currently a Research Associate at the Institute for Public Policy Research. He is a Professor of Politics at Queen Mary, University of London. He has published widely in the fields of modern political thought, political ideologies, the role of ideas in public policy, and is the author of The First New Left in Britain (1995) and The Politics of Identity (2004), and the joint editor of Rethinking British Decline (2000), The Idea of Global Civil Society (2004), The Oxford Handbook of British Politics (2009) and Reassessing New Labour (2011). 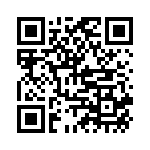