James S. Fishkin holds the Janet M. Peck Chair in International Communication at Stanford University where he teaches Communication and Political Science and Directs the Center for Deliberative Democracy. He is author of a number of books including Democracy and Deliberation (1991), The Dialogue of Justice (1992 ), The Voice of the People: Public Opinion and Democracy (1995), Deliberation Day (with Bruce Ackerman, 2004). HisDeliberative Polling process has been conducted in countries ranging from China and Bulgaria to Denmark, Britain, Australia, Italy, Hungary, and the US. He has been a Guggenheim Fellow, a Fellow of the Center for Advanced Study in the Behavioral Sciences at Stanford and the Woodrow Wilson Center in Washington. He has also been VisitingFellow Commoner at Trinity College, Cambridge. He holds both a PhD in Political Science from Yale and a PhD in Philosophy from Cambridge. 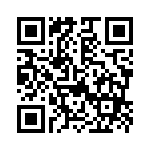