Page 475
According to the President of the Board of Education, there still remain 400,000
official evacuees of that class. On the other hand, over a million children remain
in, or have returned to, the evacuation areas. The success even in this case is
very ...
Page 477
“We must remain neutral, but don't think its going to be easy,” says Uncle Sam. It
is particularly hard to be neutral when considering Finland. That high-minded left-
wing weekly, the New Republic, remarked in a recent issue, “We might as well ...
Page 693
It is encouraging to find among the backward peoples of Africa and the Pacific,
ruled by the Colonial and Foreign Offices, such spontaneous and universal
appreciation of what has been done for them, and so sincere a desire to remain
under ... 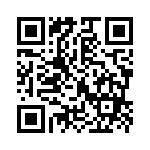