Page 80
According to his book Making Movies, Sidney Lumet noticed, when he was
working with William Holden on “Network,” that Holden rarely made eye contact
with his acting partners. When it came time to film his big emotional scene the
only ...
Page 248
Some directors — Rob Reiner, Sidney Lumet, Roman Polanski, for example —
set up a rehearsal period of a week or more before the technicians arrive. This
way of working can save a lot of time, money, and heartache on the set and in the
...
Page 308
... Irving Rapper, 1946 When Harry Met Sally, Rob Reiner, 1989 On the
Waterfront, Elia Kazan, 1954 The Fugitive Kind, Sidney Lumet, 1959 Patch of
Blue, Guy Green, 1965 The Last Picture Show, Peter Bogdanovich, 1971 Leaving
Las Vegas, ...

Anyone who is interested in working with actors should read this book; It's one of my the very best books I've read on the subject. Read full review

91 other sections not shown

Judith Weston, who lives in Los Angeles, has taught ""Acting for Directors"" for over a decade throughout the U.S. and Europe, and is the author of the best-selling book, Directing Actors. 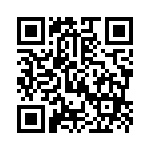