Surely the worst book ever written about a great idea. The chapter on Wright was pretty good, the chapter on Dubois and 'Hegel' possibly the worst I've ever read, mainly because Gilroy seems to have ... Read full review

Paul Gilroy holds the Anthony Giddens Professorship in Social Theory at the London School of Economics. 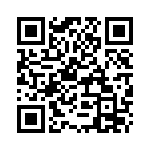