Page 254
THIRD DEPARTMENT , THIRD JUDICIAL DISTRICT . CIRCUIT COURTS ,
COURTS OF OYER AND TERMINER AND SPECIAL TERMS . ALBANY . Fourth
Monday of January , Westbrook . First Monday of May , Westbrook . First Monday
of ...
Page 255
Third Saturday of every month , except July and August , at Catskill . Osborn .
Third Tuesday of every month , except July and August , at Hudson . Osborn .
Special terms at Chambers of the Justices always open for ex parte business .
Page 256
By Justice Landon , at Schenectady , on the third Tuesday of each month . By
Justice Bockes , at Saratoga Springs , on the fourth Tuesday of each month .
SIXTH JUDICIAL DISTRICT TERMS OF COURTS , BROOME . January 22 , fourth
... 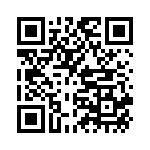