This book has an interesting pair of authors; one (W. Travis Hanes III) is a history professor, and the other (Frank Sanello) is a film critic. A couple of reviewers at Amazon complained that the book ... Read full review

The Barnes & Noble edition contains several typos and at least one incorrect date. This work provides a background to the two opium wars conducted by Britain (and joined in by France) to maintain the ... Read full review

Historian and educator W. Travis Hanes III, Ph.D., is an expert on nineteenth-century Britain and holds a doctorate in British Imperial History from the University of Texas at Austin. He has written two books on the twilight of the British Empire in Africa, Imperial Diplomacy in the Era of Decolonization and the upcoming Imperialism or Expatriate Nationalism?

Frank Sanello is the author of 15 books on films and history. He was the film critic for the Los Angeles Daily News, and his articles have been syndicated worldwide. Both authors live in Los Angeles, California. 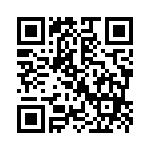