The REALLY sad thing about reading this book, is knowing how little has been done in the thirteen years since it was published. On page 172, Tim Jackson says that there are "two possibilities for ... Read full review 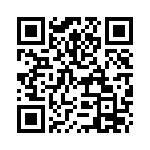