ROGER B. BECK is Professor of African and World History at Eastern Illinois University. He has published widely on South African history and is coauthor of World History, Patterns of Interaction. 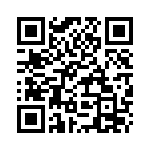