Page ix - D., is a professor of history and director of the Institute on Napoleon and the French Revolution at Florida State University in Tallahassee.
Appears in 6 books from 1994-2007

Margaret Scott Chrisawn is adjunct professor of history at Tallahassee Community College and a member of the senior management with the Florida Department of Corrections. She belongs to the Institute of Napoleon and the French Revolution at Florida State University, where she received her PhD in 1994. She is a frequent contributor to the annual Consortium on Revolutionary Europe as presenter, panel chair, and commentator. 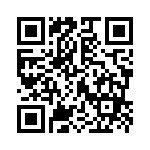