I bought this book after watching Mr. Sharansky on Meet the Press. A very good book. This is "supposedly" the book that Bush is basing is foreing policy on, but he must not have read the same book ... Read full review

Natan Sharansky is a former Soviet dissident, political prisoner, and human rights icon who has spent his life championing democracy and freedom. He now serves as the Minister for Jerusalem and Diaspora Affairs in the Israeli Government. 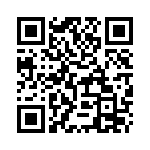