I had a really hard time understanding the author. His verbiage is at times vague and difficult. This is a rare case in which I decided to stop at halfway through the book and not waste anymore of my time. Read full review

Karl Paul Reinhold Niebuhr (June 21, 1892 - June 1, 1971) was an American theologian, ethicist, commentator on politics and public affairs, and professor at Union Theological Seminary for more than 30 years. He was one of America’s leading public intellectuals for several decades of the 20th century and received the Presidential Medal of Freedom in 1964.

A public theologian, he wrote and spoke frequently about the intersection of religion, politics, and public policy, with his most influential books including Moral Man and Immoral Society and The Nature and Destiny of Man, the second of which ranked as one of the top 20 non-fiction books of the twentieth century.

Born the son of German immigrants in 1892 in Wright City, Missouri, the family moved to Lincoln, Illinois in 1902 when his father became pastor of Lincoln’s St. John’s German Evangelical Synod church. He attended Elmhurst College in Illinois and graduated in 1910. He studied at Eden Theological Seminary in Webster Groves, Missouri and Yale Divinity School, where he earned a Bachelor of Divinity degree in 1914 and a Master of Arts degree in 1915. He was ordained as a pastor in Detroit that same year and served at Bethel Evangelical Church for 13 years. In 1927 he joined the faculty of Union Theological Seminary, New York, as Professor of Christian Ethics, and remained there until his retirement in 1960.

Dr. Niebuhr holds honorary degrees from Oxford, Columbia, Harvard, Princeton and a host of other colleges and universities. In 1939 he became the fifth American to be invited to deliver the famous Gifford Lectures at Edinburgh University.

He is also known for having composed the Serenity Prayer, a widely-recited prayer which was popularized by Alcoholics Anonymous. He was one of the founders of both Americans for Democratic Action and the International Rescue Committee and also spent time at the Institute for Advanced Study at Princeton. 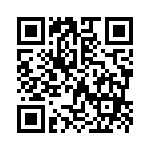